There are four main things that comes to mind when one thinks of “Korea:” nukes, KPop, kimchi, Korean Barbecue, and of course, Oppa Gangnam Style.

The recent wave of popularity enjoyed by Koreans across the board means that with their popular culture their cuisine has also gained considerable traction. Throughout the United States, Korean restaurants continue to grow in number, being currently in excess of 5,000. And it is no wonder, then, that people have begun showing great interest in preparing Korean meals at home. After all, they are quick, they are filling, and they are simply bursting with flavor.

We have thus outlined a list of key ingredients that you might have stocked in your kitchen at all times if you’re a fan of Korean home-prepared meals. It sucks when you run out of them (keep replenishing your stores!) but it sucks even more when you don’t even know you need them in the first place! Having these ingredients around means you can whip up a great Korean dinner anytime you feel like gorging on one!

The Koreans prefer short grain rice – more popularly known as sushi rice. It is sticky and very white, and a staple in Korean cuisine. Most major Korean recipes use rice, such as gimbap, omurice, rice balls, rice rolls, fried rice, bibimap, porridge, stuffed and fried tofu, etc. Rice is clearly a must, or Korean cuisine is largely a miss. 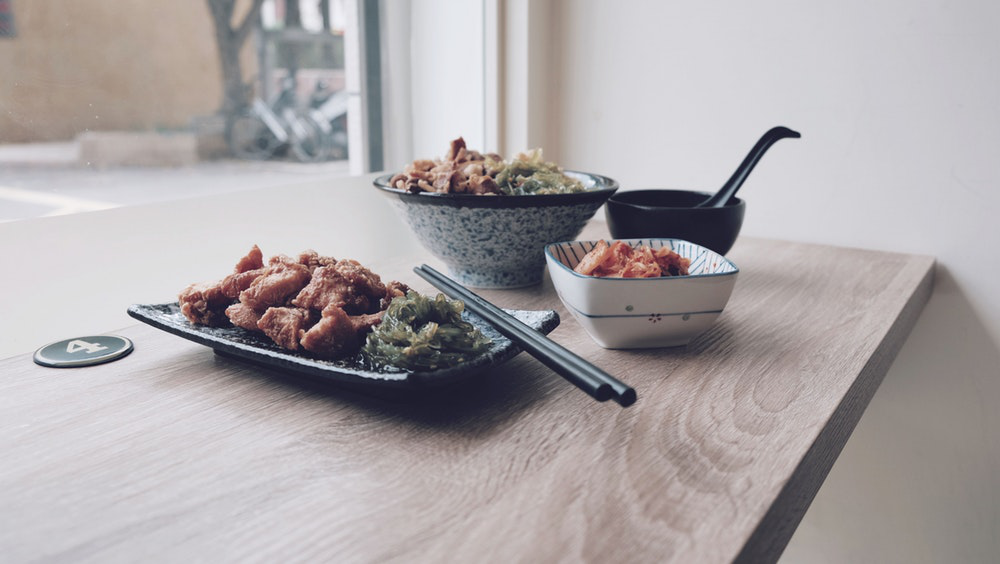 Probably the king of all sauces out there, soy sauce comes from soy beans – another staple in Korean cuisine. Being both sweet and salty, soy sauce has an unparalleled taste to it. Soy sauce comes in two varieties: dark (jinganjang) and light (gukganjng). The difference between the two is that the dark variety is less salty than the lighter version. If you’re out of light soy sauce, you can always substitute with fish sauce. Dark soy sauce, however, cannot be compensated for and is a must-have.

As has been mentioned, soy is a great staple in Korean cuisine. Soy bean paste that is fermented over time develops an earthy and a salty taste, usually used for stews and the ever famous Korean Barbecue. It can serve as both, an additional flavor and a dipping sauce. It shouldn’t be very dark in color and must be stored in a dry, cool place.

It is no secret that Korean cuisine is hot, spicy, and everything nice. Hot pepper paste isn’t really as intimidating as it sounds, since it is also sweet and very earthy in its taste. Salty and earthy – flavors of the sea if you think of it – seem to be the dominant flavors in Korean cuisine. The paste can be used practically anywhere, to spice things up, and is also the base for many sauces.

Since hot pepper paste clearly isn’t hot enough for any aficionado of Korean cuisine, these sweet and spicy pepper flakes bring a tantalizing red color to dishes and make them taste equally amazing.

Or, Sesame Oil and Sesame Seeds

Boasting a powerful nutty flavor to it, sesame oil is another vital ingredient in Korean cuisine, being heavily featured in many desserts as well. Even when not in desserts, sesame oil seems to be the major oil used in Korean dishes. Sesame seeds, similarly, are a must-have as a condiment on many dishes. Toasted sesame seeds are a delicacy at any time of the day.

Browse through the online collection at Season Food Mart to buy some of the highest quality Korean ingredients, groceries, and snacks. Avail 10% off on your first purchase as a first timer.