Individuals interested in beverages with therapeutic properties may be intrigued by roasted barley tea, known in Japanese as mugicha or in Korean as boricha. Barley tea is available in loose grains, tea bags or prepared tea drinks. It is traditionally used for detoxification, to improve digestion and for urinary tract infections, among other applications. While these uses have not been proven by scientific research, barley tea has other health-promoting properties.

Roasted barley tea interferes with the absorption of oral streptococci, states the December 2006 issue of the “Journal of Agriculture and Food Chemistry.” Italian researchers exposed pretreated ceramic beads mimicking tooth enamel to bacteria and the tea in various combinations, discovering that the tea inhibited bacterial colonization and adhesion. Researchers noted that one chemical known for its anti-adhesive properties was absent in barley tea which was not roasted.

Barley tea has antioxidant properties, notes the December 2004 issue of “Bioscience, Biotechnology, and Biochemistry.” A team of Japanese researchers from Shizuoka University analyzed the chemical components of barley tea and their effects on peroxynitrite. This unstable oxidant can lead to cell death and health complications including cardiovascular, inflammatory and neurodegenerative diseases, explains nature.com. The research team determined the presence of 10 chemicals within barley tea which were able to scavenge, or destroy, the peroxynitrite.

Barley tea improves blood fluidity, according to the April 2002 issue of the “Journal of Nutritional Science and Vitaminology.” High blood viscosity can lead to impaired blood circulation and related health disorders. Japanese researchers working for the Kagome Company found that the fluidity of the blood increased directly in proportion with the presence of alkylpyrazine, a substance which gives flavor to their tea.

Organic Barley Tea is available to purchase at SFMart.com

This article is originally posted on LiveStrong.com 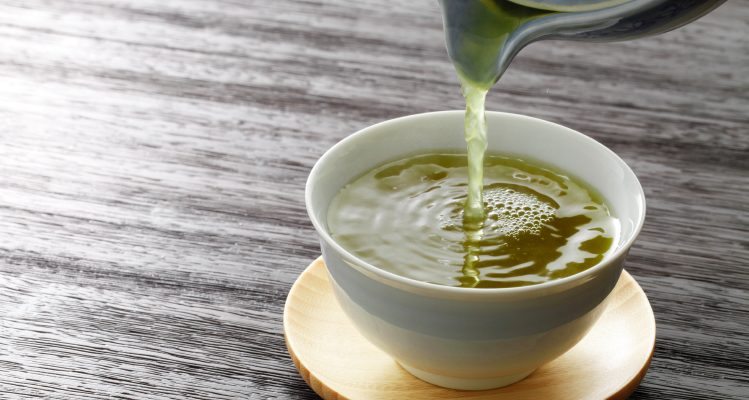 Only second to water, tea is the most consumed beverage on the planet. In fact, people have been drinking tea since ancient times to combat illness and disease; barley tea is no exception. While the taste and aroma draw attention, it is the barley tea benefits that have people turning to a cup of the tea.

Made from the cereal grain barley, barley tea has been found for centuries in homes and shops in Asia, and in more recent years, in the western hemisphere. It is also used in North America as a caffeine-free substitute for coffee. In Japan, mugicha is normally served as a cool drink whereas, in China, maicha is served warm in the summer and cool in the winter. Korea also serves it year-round and is known as boricha. The caffeine-free barley tea can surely benefit when used as a substitute for coffee.

The barley grain contains phytonutrients that may help prevent certain types of cancers.

It regulates blood sugar levels by cleansing the blood for a better flow throughout the body. Good circulation of the bloodstream is key to good health.

Barley itself helps with congestion and phlegm brought on by colds, asthma, and bronchitis with its cleansing power.

It can treat constipation and keep bowel movements regular as it detoxifies the intestines.

The tea works as a digestive aid, resulting in complete digestion by reducing acidity, gas, and bloating.

Barley is filled with anti-oxidants; it treats fever symptoms and helps to prevent infections.

It can help reduce inflammation and treat cardiovascular problems.

It works as an antibacterial in the mouth to fight tooth decay and other oral health issues.

With its bacterial-fighting agents, barley treats bacterial infections in the stomach.

It eases stress, tension, and anxiety by relaxing the brain muscles.

Warm barley tea encourages better sleep patterns with its components of amino acids, tryptophan, and melatonin. The fact that it is caffeine-free helps many as well.

Barley contains selenium, which helps in the male reproduction role and helps to maintain a healthy prostate.

The effects of some of these health benefits of barley tea can also be used to promote weight loss.

These issues, as well as sleep deviation, have been known to cause people to gain weight. Barley tea reverses these potential problems. In addition, a cup of barley tea has no sugar.

As one of the top grains produced today, barley is used for more than just cereal and processing beer. Barley is also known to be used to treat boils when applied directly to the skin.

When consumed as roasted barley tea, the barley tea can be beneficial to treat a wide variety of common ailments. Although there is more scientific research to be done on how and why certain treatments occur, barley does have vitamins and minerals such as fiber, magnesium, vitamin B1, and vitamin B3.

In fact, the American Journal of Clinical Nutrition published findings on a study that the fiber in barley helped with lowering cholesterol levels in a group of men and women, all of who had been diagnosed with high cholesterol.

Who Should Avoid Barley Tea?

Though barley tea is beneficial, it can also cause health issues for some people such as those with gluten sensitivity or celiac disease.

To reap the barley tea benefits to the fullest, you can sip a homemade barley tea.

To make your own barley tea, place two to three tablespoons of the grain in four cups of boiling water. Leave the mixture to simmer for approximately 10 minutes before straining the kernels. If you wish to drink it cold, place the mixture in the fridge to chill or combine the grain kernels in a pitcher of cold water to soak overnight.

Organic Teas is available to purchase at SFMart.com

This article is originally posted on Food For Better Health