If you’ve had any interaction with Korean culture, you’ve probably heard of ‘kimchi’ because it’s the most popular Korean traditional dish.

Kimchi is made from cabbage, chili peppers, garlic, vinegar, fish, and some spices fermented in a jar for a few days and served as a side dish with every Korean meal.

It’s called the ‘super dish’ of Korean food because of its numerous health benefits. We’ve listed some of these benefits below:

It has rich nutritional value

It’s a low calorie, high fiber dish that contains vitamins A, B1, B2, and C. It’s also rich in amino acids and minerals such as calcium, iron, and selenium. Since kimchi is fermented, it contains healthy bacteria called lactobacilli that help in digestion and prevent yeast infections.

It helps in weight loss

Probiotic foods reduce food cravings and regulate the appetite. Eating kimchi keeps your micro-biomes balanced and speeds up your metabolism, which helps with weight loss. What better way to reduce weight than by eating!

Kimchi is rich in antioxidants, which gives your skin a natural glow and keeps your hair shiny. The selenium from the garlic in kimchi prevents you from wrinkles in the long run.

According to a study, the bioactive compounds of Kimchi can improve memory. The cabbage, red pepper, and radish in kimchi have beta carotenes, which can manage the symptoms of Alzheimer’s and improve vascular dementia.

A number of ingredients in kimchi are proven to have anti-inflammatory properties that prevent cancer. Cabbage, for example, is the main ingredient in kimchi and contains compounds that help fight cancer. Chili peppers contain capsaicin, which has been linked to preventing lung cancer. And the allicin in the garlic prevents thyroid, stomach, and liver cancer.

Kimchi can lower your cholesterol by 8 to 10%. A study showed that even by consuming low quantities of kimchi every day, serum profiles and fasting blood glucose (FBG) levels could improve in young adults. 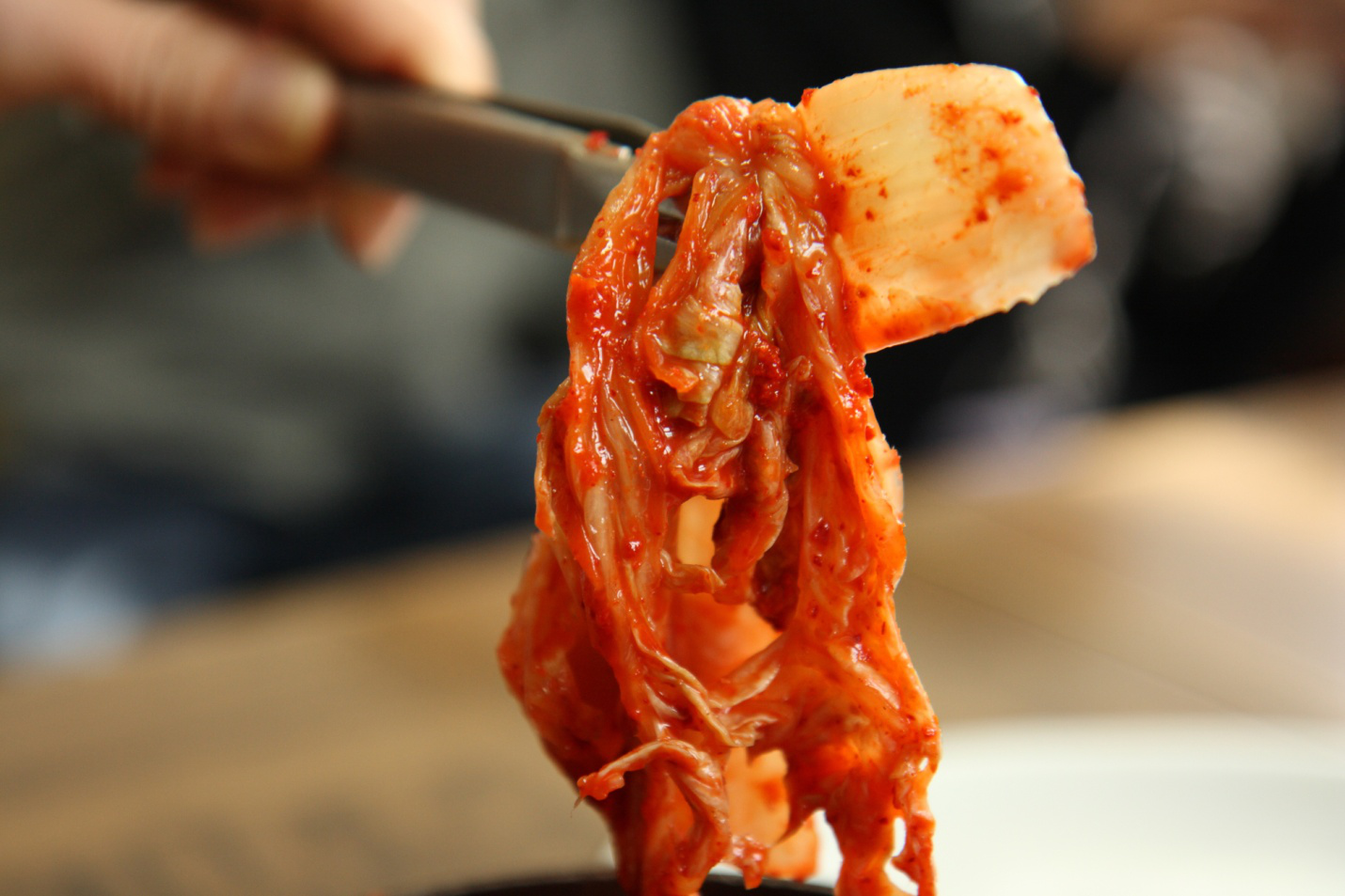 So what are you waiting for? Get your canned kimchi today from SF Mart in Brea, California.  Browse through our variety of Korean, Japanese and Chinese ingredients and snacks.